The voltage of BriCyte E6 could be adjusted and optimized conveniently by easily dragging the “hand” on the scattergram.

BriCyte E6 can automatically compensate the clusters of cells by one simple click of the built-in intelligent template. BriCyte E6 can gate the clusters of cells by the built-in algorithms, then it analyzes the data and reports the results automatically. Currently this feature is for Mindray reagents only. 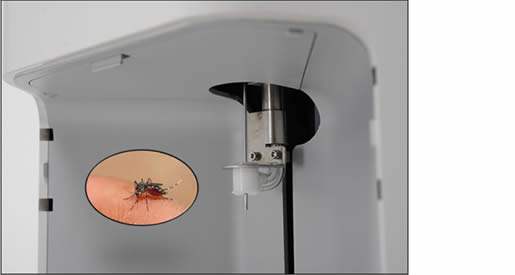 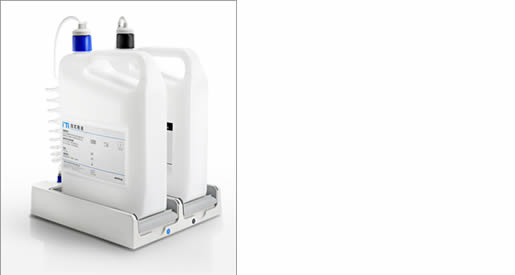 The sheath fluid and waste could be placed on the weight sensors which are able to measure the residual volume of reagents. With such design, the BriCyte E6 can sound an alarm before the reagents run out to minimize the dead volume.

BriCyte E6 has single tube mode which suits the labs which have less number of samples, the micro sample tubes are supported as well. The carrousel mode is yet another option which can handle 40 sample tubes at one time.

In the carrousel mode, single sample tube can also be loaded as STAT after opening the cap of carrousel.

All information, including sample results as well as patient information, could be transmitted bi-directionally between BriCyte E6 and the Laboratory’s LIS.

The maintenance is easy as well. The users just need to aspirate the diluted probe cleanser through the sample probe once per day, then BriCyte E6 will clean the whole system automatically, in several minutes.